In addition to the Legendary ride that accompanies you on your trip through the Paldea region, players have the chance of encountering four other Legendary Pokémon. However, these other four are locked away and you must break the seal on their shrines by pulling up eight Ominous Stakes for each Legendary before you can face them in battle. We’ll go over all Stake locations, how to get another Koraidon or Miraidon, and end on how to defeat each of these Legendary Pokémon .

All Scarlet and Violet Legendaries

Here are all of the Legendaries in Scarlet and Violet along with their types and weaknesses. We’ll go further into where to find Stakes for each Legendary further in and discuss the best Pokémon to use against them.

After defeating the main story, return to the bottom of the Crater and you’ll find the rival version of Koraidon (Scarlet) or Miraidon (Violet) waiting to be caught and battled. Unfortunately, you cannot get both Legendaries in one copy of the game. If you have Scarlet, you’ll have Koraidon waiting for you, while Violet players will have Miraidon waiting.

Koraidon and Miraidon will both be at Level 72, so you’ll want to make sure your team is at least Level 65 before fighting it. Enter the Research Station, step on the green portal and choose Research Station No. 4. After teleporting, leave the building and make your way to the very bottom (use your Koraidon or Miraidon to jump down over the ledge to go faster). The rival Legendary will be waiting on top of an incline. Go interact with it to start the battle. We highly recommend trading your Koriadon or Miraidon with another player for the other version exclusive to help you complete your Pokédex once you capture it.

Koraidon is a Fighting / Dragon-type so its weaknesses are Ice, Flying, Psychic, Dragon, and the hard-hitter Fairy, which does four times the damage. Excellent Pokémon to bring to this battle are Baxcalibur, Beartic, Cloyster, Cetitan, Koraidon, Scream Tail Jigglypuff, and Gardevoir. Keep hitting it with its weaknesses but not enough to make it faint and then throw out Ultra Balls or your Master Ball to catch it.

Miraidon is an Electric / Dragon-type and as such it is weak to Ice, Ground, Dragon, and Fairy attacks. Many of the Pokémon we listed to use against Koraidon are the same for taking down Miraidon, but since it’s not weak to Psychic, there are some slight changes. The best Pokémon to take against it are Miraidon, Baxcalibur, Beartic, Closter, Cetitan, and Tinkaton. Keep belting it with weaknesses until it’s in the red and then catch it by throwing Ultra Balls or speed things up with a Master Ball.

How to unlock and catch Ting-Lu

You’ll need to run around Paldea and gather all eight Green Stakes (they look very yellow) that are in the ground before you can access Ting-Lu’s shrine. Once you pull out the final Stake, head to the large round Green Shrine and take Ting-Lu on. Here’s where to find each Stake and the Shrine.

Ting-Lu will be Level 60 when you free it, so make sure your team is at Level 55 or higher before initiating this battle. We also recommend turning off auto-saves and manually saving right before the battle. That way if you accidentally defeat it, you can restart and still have all your Ultra Balls.

It’s weak to Water, Grass, Ice, Fighting, Bug, and Fairy attacks and as such good Pokémon to use against it are Tinkaton, Scyther, Vespiquen, Glalie, and Glaceon. If you’re far over Level 60, you might want to consider using Flying-type attacks instead since these perform well but aren’t super effective. In that case, Scyther and Vespiquen are still excellent choices.

This moose’s Ability, Vessel of Ruin, does lower your team’s Special Attacks, so it might take more hits than you’d usually expect to bring it into the red. When its health is low, throw Ultra Balls until you catch it.

How to unlock and catch Chien-Pao

Chien-Pao will be Level 60, so you’ll want your team to be at Level 55 or higher when you go looking for it. It’s a Dark/Ice-type, which means it’s especially weak to Fighting, but also Fire, Bug, Rock, Steel, and Fairy attacks. You want a team that can weaken it but not take it out completely.

This ice leopard’s Ability, Sword of Ruin, decreases the Defense stat of all Pokémon on the field by 25%, so your team will be easier to take down than usual. Come prepared with Pokémon that have food Defense stats or bulk them up before you come. Attack it with Fire, Rock, Fairy, or Steel-type attacks. We recommend using Pyroar, Skeledirge, Tinkaton, and Arcanine. Once you weaken it, throw Ultra Balls at it until it gets caught.

How to unlock and Catch Chi-Yu

You’ll need to run around Paldea and gather all 8 Blue Stakes that are in the ground. Once you pull out the final Blue Stake, head to the shrine. The locations for all Stakes and the Shrine are explained below.

You’ll want your team to be at Level 55 or higher before taking on Chi-Yu. Though it looks like a Water-type, this goldfish is a Dark/Fire-type that is weak to Water, Fighting, Ground, and Rock attacks. Some of the Pokémon we recommend bringing to this fight are Quaquaval, Hawlucha, Koraidon, Miraidon, Mudsdale, and Gyarados.

Chi-Yu’s Ability is Beads of Ruin, which decreases the Special Defense stat of all Pokémon on the field other than the Pokémon with this Ability, by 25%. So be prepared for your team to be hit harder by Special Attacks. Use plenty of your best potions and revives if you have to while attacking. One you get its health in the red, throw Ultra Balls until it gets caught.

How to unlock and catch Wo-Chien

Players will need to locate and interact with each of the purple Ominous Stakes hidden around the South Province Areas. Here’s where to find them all along with the Shrine’s location.

As with the other three imprisoned Legendaries, you’ll want your team be at Level 55 or higher before facing Wo-Chien. This Dark/Grass-type is weak to Fire, Ice, Fighting, Poison, Flying, Bug, and Fairy attacks. But note that Bug Attacks will damage it four times harder than the rest. You want to hit it hard, but not enough that it faints, otherwise you won’t be able to catch it at that time.

We recommend having some or all of these in your party: Skeledirge, Pyroar, Tinkaton, Hawlucha, Baxcalibur, Toxtricity, and Muk. Just be aware that Wo-Chien’s Ability is Tablets of Ruin, which decreases the Attack stat of all Pokémon on the field other than the Pokémon with this Ability, by 25%. So your Attacks won’t be as powerful as normal.

Bring plenty of potions and revives to keep your team alive and going during this battle. Once you get Wo-Chien’s health low enough that the bar turns red, chuck Ultra Balls at it until it gets caught.

Once you’ve collected every Ominous Stake and have captured each Legendary, you can have a really cool team filled with powerful Pokémon. Remember that these are harder opponents than usual with unique Abilities that make them harder to defeat in battle. So come prepared with Potions, Revives, and other boosts to give your Pokémon a good shot.

Additionally, you’ll probably want to use your Master Ball when facing one of these Legendaries. The rival Koraidon and Miraidon will be the hardest opponents, so they might be the best one to use this special Ball on. Once you have another one of these dual-type Dragon Pokémon, you can trade one of them to another player in order to get the Legendary exclusive that isn’t in your game. 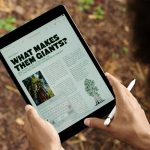 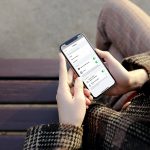 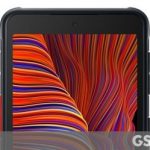 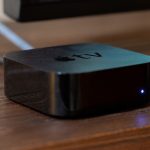 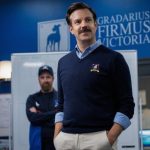 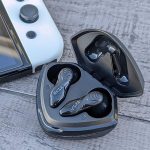 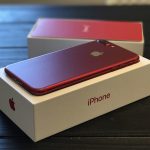 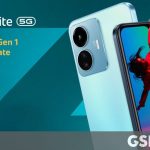